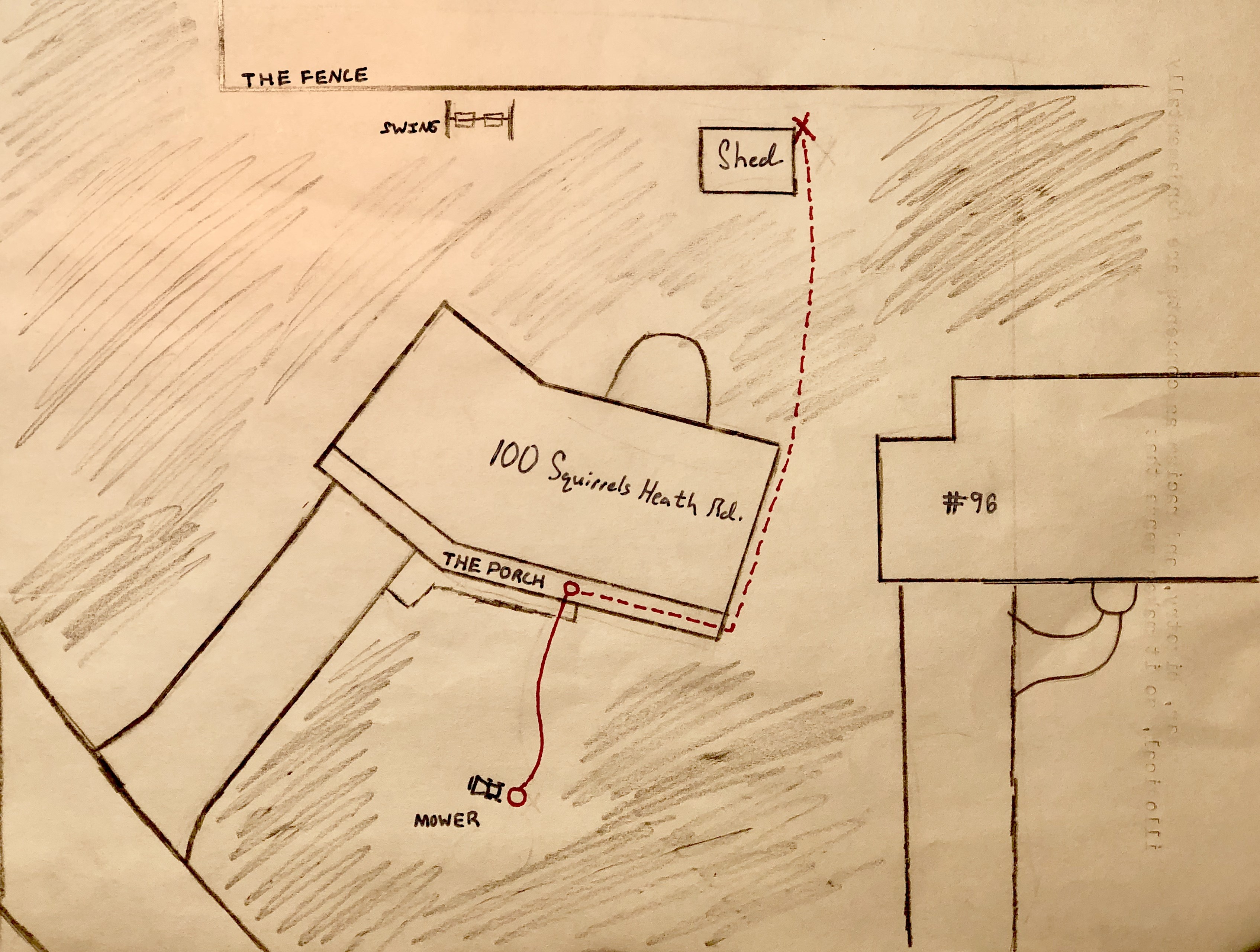 This is a story that I don't like to tell and very rarely tell others. I don't remember the exact date anymore. The specifics don't particularly matter. I do remember that it was a regular summer day, one like any other. The sun was high in the sky, a warm breeze was blowing the leaves of the trees, and the sounds of nature surrounded me entirely. Or, they did until I turned the lawnmower on. It was on that particular day that I had been involuntarily tasked to mow the lawn. I didn't put up much of a fight. It was a regular occurrence for me; something that I was expected to do nearly every week. I started the engine and went to work.

I'm always hyper paranoid when mowing the lawn. Always worried that I was going to run something over and it would chip the blade and cut me open. Nothing ever did and nothing probably ever will, but that's because I always pay close attention to the grass directly in front of me. As I was rounding the bend of the crooked pine tree, I saw a small, unidentified object directly in the path of the mower. It had a natural shape and a brownish color. Perhaps some malformed branch that had fallen off the pine tree? I took my hands off the safety handle, the engine quickly spinning to a halt. The sounds of the Earth returned once more. Walking around the front of the mower I took a closer look at the object. There was no branch. 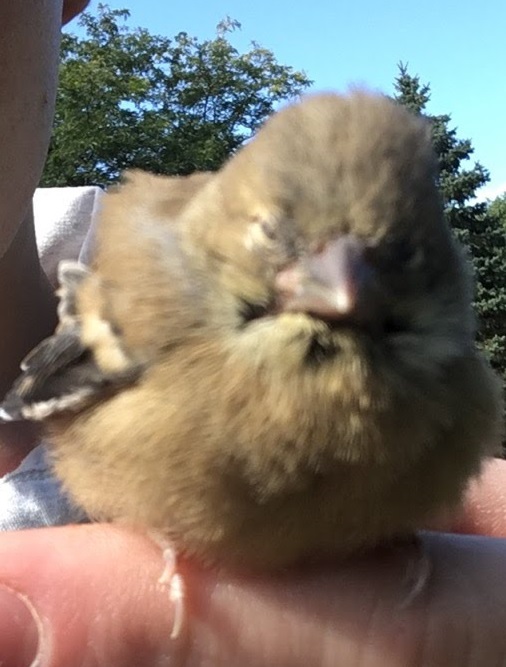 I stared at the little bird for a while. I was concerned for its well being. No wild bird would lie still in the grass under any normal circumstances. Yet there he was. Thoughts flew through my head. There were a variety of things that could be wrong with this bird. He could have flown into the tree and become stunned. He could have contracted some sort of illness. He could have even just fallen out of his nest. What would I have to do next? I would have to move the bird of course. He lay directly in the path of my lawn-mower, and I couldn't leave any part of the lawn unfinished. I walked to the garage and grabbed a clear plastic bucket full of chalk. It was a shallow bucket, but a bucket nonetheless. Paired with a soft rag from a nearby shelf, my little nest was complete.

Walking back to the bird I had hoped that he would have flown away by now; come to his senses, listened to his instincts and opened his wings, taking off for the safety of the sky. He had not. As I began to gently wrap my hands around him, I looked into his eyes. Blinking slowly every few seconds, they were crusted over with some sort of debris. I felt something in my hand. His tiny talons had clung to my pointer finger. I raised him up to the level of my eyes and looked at him. He looked back at me. This moment continued for what felt like an eternity. But not a sad eternity, a happy eternity. The kind of eternity you imagine a happy couple has after they leave their wedding at the end of a movie, driving off into the sunset and the end credits. I gently lowered the bird to my artificial nest, and left him sitting in the soft cloth, bucket and all resting on the front porch of my home. I returned to the mower, held down the safety handle, and pulled the ignition cord. The sounds of the world disappeared once more.

I continued mowing the lawn my ordinary way. But the day was no longer ordinary. I only had a few minutes of lawn left to mow. Even so, I couldn't stop myself from glancing back to the porch again... and again... and again... I trip over the root of a tree. I had not been looking where I was piloting the mower. I looked around myself and saw that I had been going over the same strip of grass multiple times. I gently shook my head as I stepped back from the lawn mower, the safety handle effortlessly springing back to it's standby position. Once again, the engine spun down and it's unnatural din disappeared, but this time no noise returned to take its place. Just silence.

The walk to the porch seemed to take much longer that time. The little bird had not moved from the place I had left him. I picked up the bucket with two hands and gently sat down on one of the porch chairs. I offered my finger out to him. After a moment, he made his move and perched atop my finger once again. His grip was much weaker; I was worried he might fall. His breathing had slowed. In that moment, I began to gently scratch his head. All I wanted was to give him any small shred of comfort I could. The scratches continued. His breathing slowed further. Somewhere in the corners of my mind I knew what was coming next. I ignored reality. All that mattered were his scratches. He began to turn his little head and looked at me again. Time stood still. An instant later, his eyes closed. Suddenly, I was alone.

The lawn was not finished that day. Instead, a mother's shoulder became soaked in tears. A white lie was told to preserve the innocence of a sister. An empty box of shoe polish wrapped in tape became another type of nest altogether. And the quiet spot to the side of the shed where I used to bury time-capsules as a child? I never looked at it the same ever again.